How to Survive Universal Studios Orlando with your Family

Universal Studios Orlando is one of the most popular travel destinations for families and for good reason. Universal Studios knows how to entertain and captivate people of all ages. If you are planning a family trip to Universal Studios, there are countless things to think about. As seasoned veterans to places like Universal, Walt Disney World, and other theme parks, here are some of our family’s tips to survive a day at Universal Studios.

Theme parks like Universal Studios are overwhelming. There is so much to experience for a family, it’s easy to miss out on things you want to see and do if you don’t have a plan of attack. What attractions and shows are most important to you and your family? Spend time ahead of time making a list and then make sure you plan your day out in order to at least hit all of those attractions once. Where do you want to start your day? Where does your family want to eat? What rides are you OK skipping? Figure out all of these details in advance.

Having a plan is the key to a successful day at Universal Studios. You will find, though, being flexible is equally important. The park will get crowded. You head to your next ride only to discover a 90-minute wait. Do you wait it out or is there a chance the attraction will be less crowded later? Maybe it would be a good time to knock out some of the smaller attractions that your kids would enjoy. Being able to adjust your plan and roll with the punches will help you avoid some major meltdowns.

Universal Studios has its own App packed with tons of features that you’ll find invaluable during your park visit. One of those features is attraction wait times. Knowing the wait times throughout the day will help you gauge when to make changes to your plans. Other features include park maps, info on all of the rides and shows, and even a parking reminder so you can find your car at the end of a long day at the park. 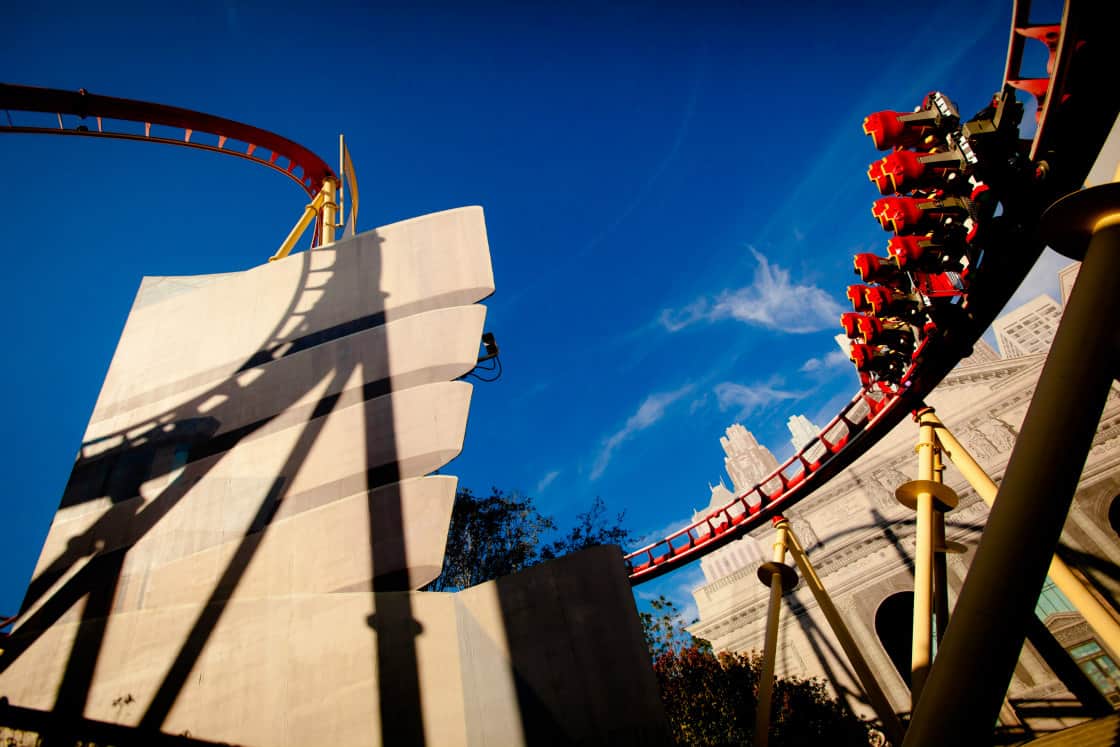 Universal Studios isn’t as lenient as Walt Disney World in regards to what you can bring in to the park, but bringing food and drinks into the park will help save money (and time) during your park visit. Here are the official guidelines from the Universal Studios website:
“We offer a variety of food options at restaurants and concession stands throughout the resort. However, we understand that you may need to bring outside food and drinks into the parks. Please note the following guidelines:
Acceptable items:
– Bottled water
– Small snacks that do not require heating
– Any food required for medical purposes and medically indicated nutritional supplements
– Any food required for special dietary needs
– Baby food/baby formula
– Soft-sided insulated bags no larger than 8.5″ wide x 6″ high x 6″ deep
Prohibited items:
– Alcoholic beverages
– Picnic lunches
– Food that requires heating or refrigeration
– Glass containers
– Hard-sided coolers
– Soft-sided coolers larger than 8.5″ wide x 6″ high x 6″ deep
Please be advised that all bags and personal items are subject to inspection.”
Many of these guidelines leave room for some interpretation and every security guard is different. In our experience, security is more interested in looking for security threats and aren’t as worried that packed some sandwiches for our family. One of the best investments we’ve made for vacations is our backpack cooler. Having a backpack cooler allows us to pack a substantial amount of food for the parks without being too burdened. It’s up to you on what you try to bring inside the park, but we’ve found that we can bring in an entire lunch for 6 people and then most of the time we choose a restaurant within the park for dinner. Park food can get expensive so being able to cut out paying for a meal on a park day is huge.

Park Restaurants get busy around normal meal times, from noon to 1 pm and 5 to 6 pm. Choosing to eat at off times or during events like park parades will help with restaurant wait times and finding an open table.

Waiting in lines is a part of life at theme parks, including Universal Studios. If you aren’t purchasing an express pass, you will be waiting in lines most of the time. Of course, the lines at Universal Studios are great for people watching. Often, there is also in-line entertainment and atmosphere and as a last resort, you could even have meaningful conversations with your family. It helps to bring other distractions in case those aren’t enough to keep everyone entertained and in good moods. Most of us hate our kids being on electronic devices so often, but standing in lines is a good exception. I’ve seen many families who download the Heads Up App and play games together in the line. I’ve even seen complete strangers play that one.

Your cell phone will die at some point during the day at Universal Studios. Having a small portable phone charger will come in handy, like this one.

Everyone needs to stay hydrated while at Universal Studios, especially if you go during the summer. Dehydrated kids (and parents) become cranky kids (and parents). We make it a point to make kids hit the drinking fountains each time we make a restroom stop during the day. The kids get sick of hearing us tell them to drink more water, but it makes a big difference on a hot day at the parks.

Start walking before you get to the park

Theme parks cover miles of area, which means tons of walking for your family. I would estimate our family normally walks between 5-10 miles in a day at Universal Studios. Unless you are an avid walker normally, that’s more than your body will be used to and it will take its toll eventually.  Add walking to your daily routine at least a month before visiting Universal Studios. Your body will thank you for being prepared.

Because Universal Studios is expensive, it’s easy to fall into the trap of trying to squeeze in as much action as possible during your visit. Sometimes, though, it’s better to slow down as needed and take a few breaks throughout the day. Eat a snack. Catch your breath. See one of the many shows at the parks. Get out of the sun by stepping into one of the many air-conditioned gift shops around the parks even if you aren’t buying anything.

With 4 kids, we try to limit how many extra snacks we buy at the Universal Studios parks. Those costs add up at the end of the day. The exceptions we made our last trip were the refillable popcorn and refillable Coke Freestyle cups available throughout the parks. We make the kids share these cups and they take turns picking out flavors throughout the day. I know that probably means some germs, but I’m not buying each of them their own. Sorry not sorry. The cups and popcorn can be refilled all day at locations throughout the parks. For more information on these programs, check out this post from Orlando Informer.

If you decide to purchase Express Passes for your family, go the extra mile and buy lanyards and badge holders for everyone. Lanyards will allow everyone to keep their Express Passes easily accessible when entering express pass lines at eligible attractions. Having to dig through a backpack or purse for express passes really slows down the process, especially if you have a large family like ours. Check out our post here to learn more about Express Passes.
Our family loves Universal Studios Orlando. I think our kids would live there if they could!  Part of the reason we have so much fun is that we follow the tips listed above. It’s the preparation before our visits that allow us to make the most of our day so we can enjoy all that Universal Studios has to offer.

What does your family do to survive Universal Studios? Let us know in the comments below! 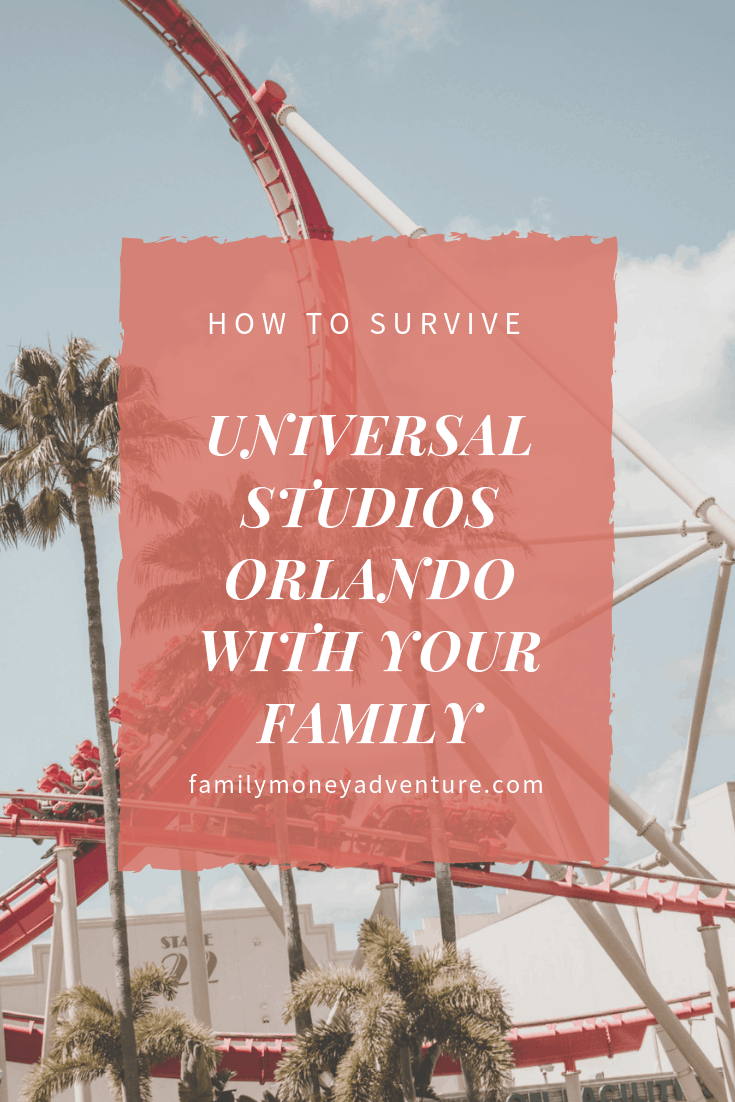