The Donut Stop: A Review

Every few years our family (and extended family) head west to Colorado to spend time at their cabin located in the middle of the Rocky Mountains. We often stop along the journey and back at various sites, cities, and attractions. During our last western trek, we ended up in St. Louis, Missouri for a couple days, which meant a stop to one of the best donut shops in the entire country. That shop is The Donut Stop.

Featured on Food and Wine, Thrillist, Saveur, Bon Appetit, and USA Today, The Donut Stop is legit. They are old school donuts done right. Established in 1953, The Donut Stop has perfected the art of donut making over the past 65 years. 65 years?! Wow, they must be doing something right. A second shop was opened in St. Charles in 2012. 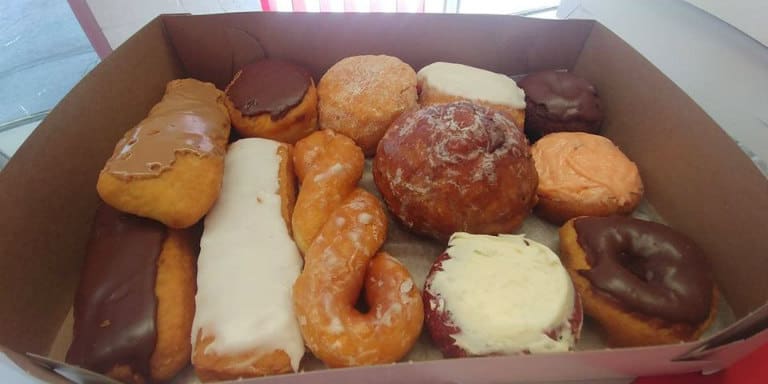 Let’s stop for a second. If you have been reading our donut shop reviews for a while, you may or may not be aware that I use both spellings of donut. I use doughnut and donut. Why would someone in their right mind do that? Well, I have 2 good reasons. The first reason is that depending on which shop I am reviewing, I refer to the spelling that particular shop uses, especially if it is in their name (like The Donut Stop). The second reason is that donuts and doughnuts taste equally good so they both deserve some love. I’m not picky when it comes to spelling. I’m only picky when it comes to taste.

If you visit The Donut Stop, it looks like it was opened in 1953. It’s a small shop that has seen its share of customers over the years. If you were to travel past their shop, you might be tempted to just keep driving to find a nicer looking donut shop. That would be a huge mistake. The Donut Stop is the place to go for classic donut flavors as well as some custom creations they’ve invented. 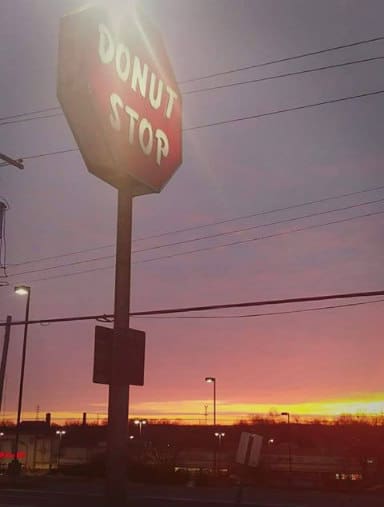 Did you know that The Donut Stop has over 100 donut varieties? That’s a lot of donuts! If you don’t believe them, one stop at their shop will convince you otherwise. As is often my custom on vacations, I ventured out early in the morning to The Donut Stop. My “mini-me” was with me for this adventure because he’s an early bird just like me. He was just as impressed as I was with the selection. We decided on 1 ½ dozen donuts so we could share them with the entire family. Good call because they didn’t last long. Among the donut flavors we brought back were:

Beyond the average donut, The Donut Stop also specializes in Fritters. Most donut shops have apple fritters. Most don’t serve other flavors like blueberry, cherry, and apple raisin. A fritter is the most perfectly imperfect donut and I was beyond excited to see the different varieties available.

The Cinnamon Glob is a Donut Stop creation. Basically, it’s a fritter minus the fruit. They refer to it as “the cinnamon bun’s unrefined cousin.” Unrefined? Yes. Delicious? You better believe it! 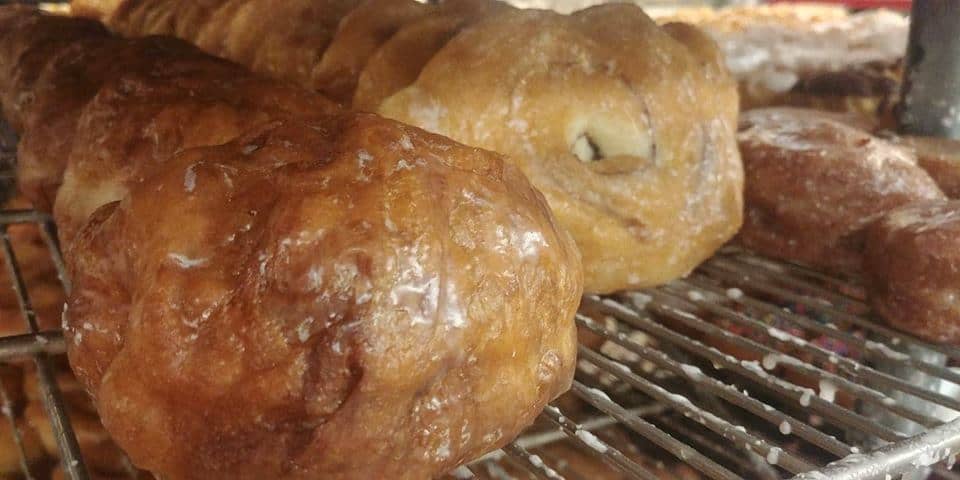 If you happen to be traveling through the St. Louis area and need a donut (It happens), The Donut Stop your best chance of hitting the donut jackpot. I can smell their tiny shop now as I type this review and I’m longing for our next trip west so I can return to The Donut Stop once again. Follow The Donut Stop on Facebook to see all 103 donut varieties and catch up on the latest donut news

Have a Donut Shop you want us to visit and review? Let us know in the comments below! 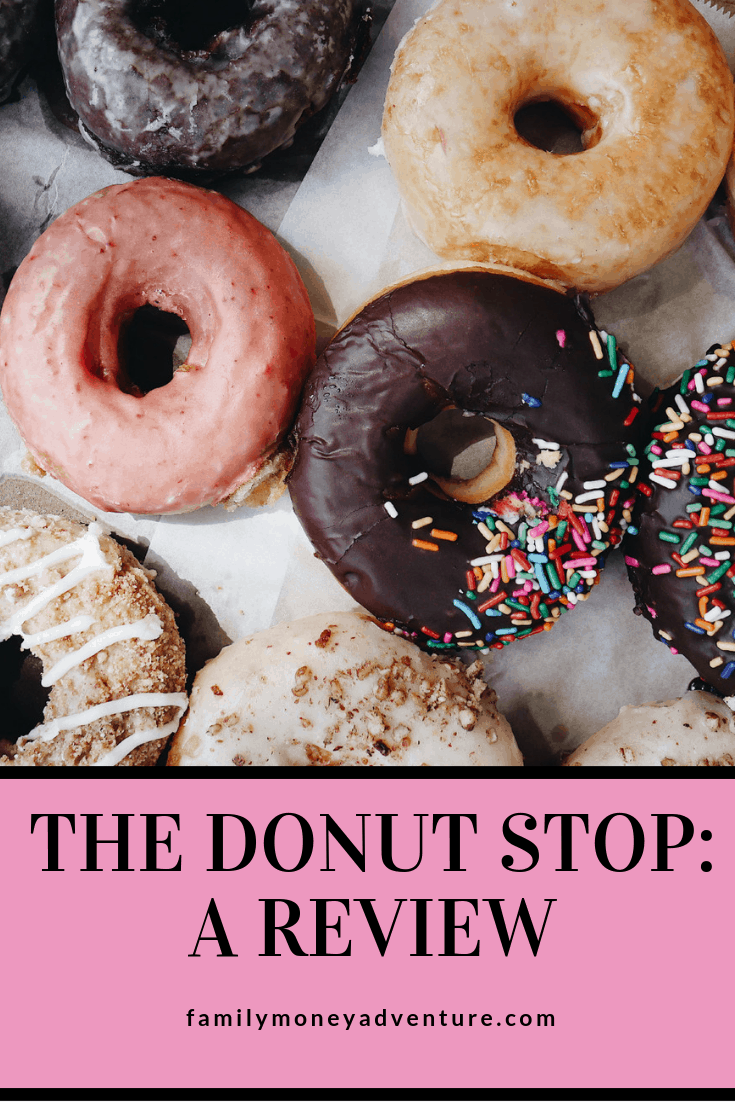