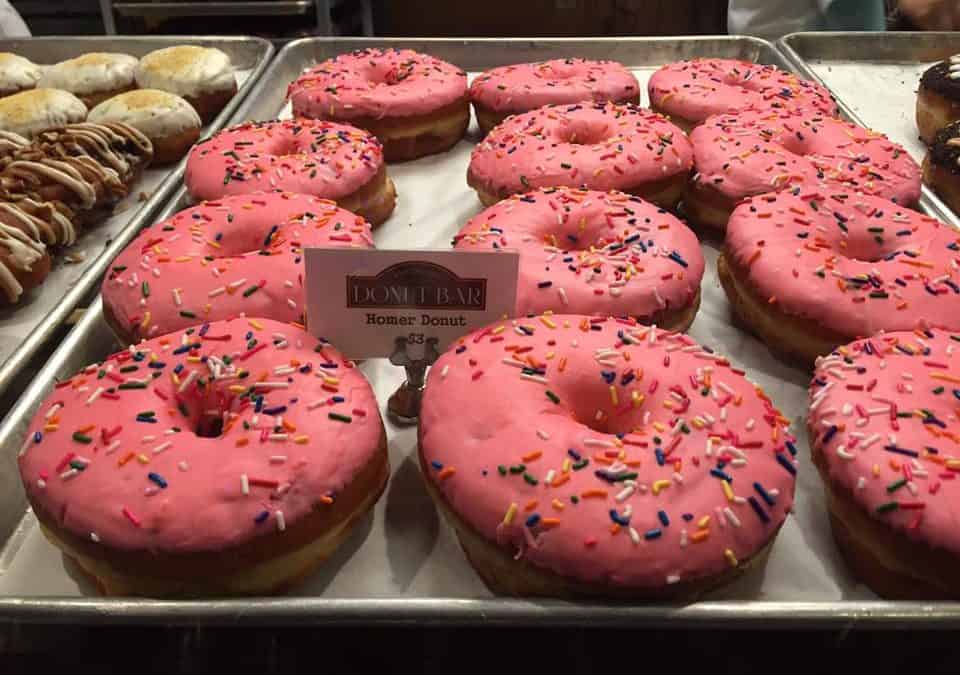 Narrowing down our trip to San Diego to one “can’t miss” adventure is hard, but when push comes to shove, visiting Donut Bar tops my list. Our family loves donuts (Well, 5 out of 6 of us anyways. I will never understand what happened to the lone holdout). For several years I’ve had a running Donut Bucket List (doesn’t everyone?) in my head and Donut Bar was up towards the top.
Because my wife loves me so much, she made sure we could squeeze in a visit.
Because we had never been to San Diego and there is so much to do, we decided to try and cram in as many sites as possible by taking part in San Diego’s famous 59 Mile Scenic Drive . The best part is that the drive starts about a mile from Donut Bar, so delicious donuts became stop #1 for the day. Good idea because there was a line out the door and down the block! I’d hate to see the line if we didn’t get there early. The best (and worst) part of waiting in line is that your view consists of racks upon racks of donuts cleverly placed close to the front window of the shop. Nice. It made narrowing down our selections incredibly difficult.
Donut Bar has many unique flavors and types of donuts. Some of the flavors the day of our visit were:
Creme Brulee
Blood Orange
Monte Cristo
Butterbeer
Mexican Hot Chocolate
Nutella Overload
Lemon Pistachio
Salted Caramel
Maple Bacon
PB & J
Boston Creme 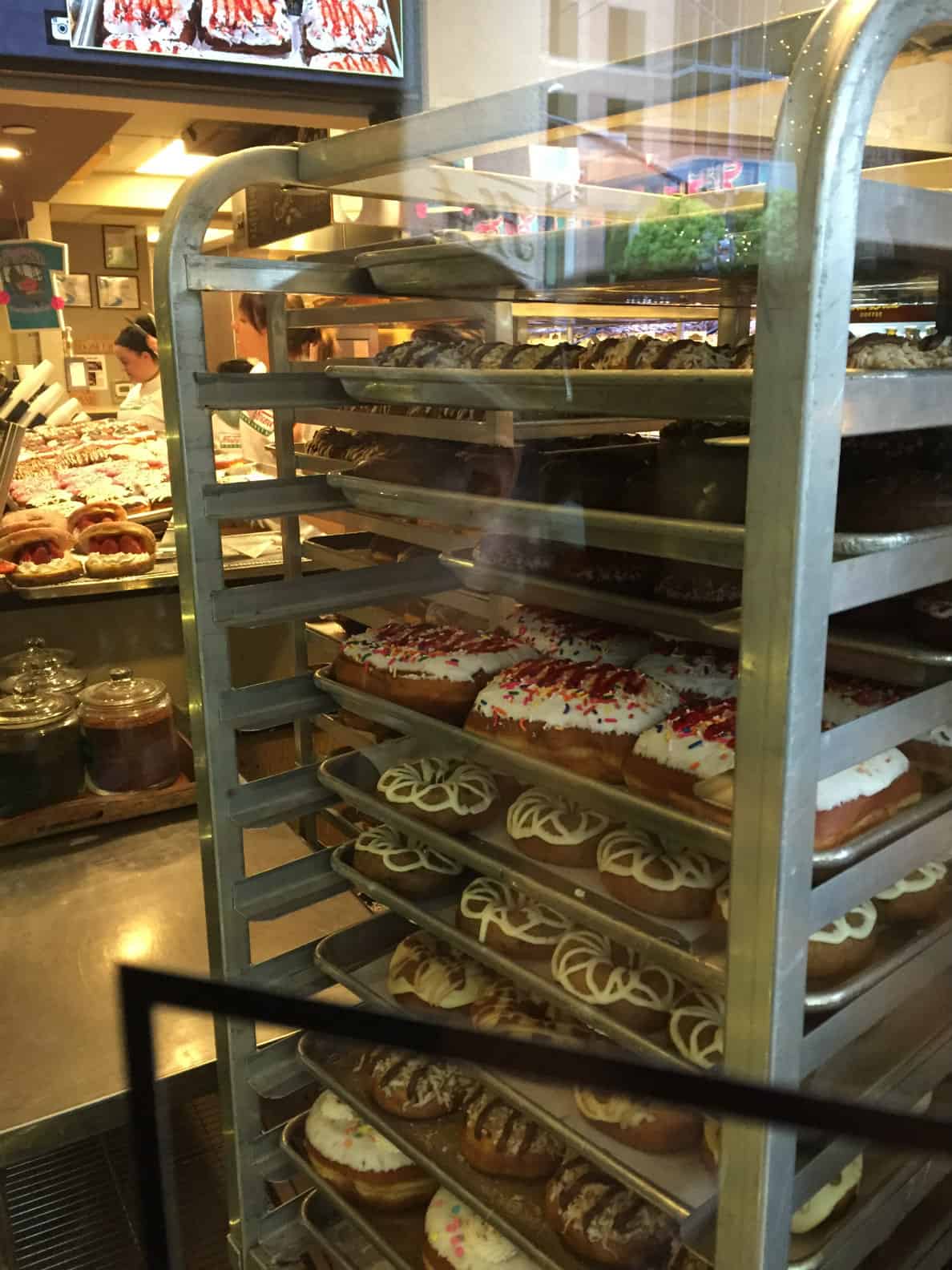 I was so bummed they didn’t have their French Toast donuts on the daily menu, but I believe they are reserved for weekends only. This only means I have to go back again!

The most insane donut at Donut Bar is appropriately named “Big Poppa Tart.’ It is a giant rectangular shaped donut with an entire Pop Tart in the center. It weighs over a pound! With no time built into our trip for full recovery from eating that beast of a donut, we passed and just picked up an assortment of donuts and some cold brewed coffee to go.

All of the donuts were beyond spectacular and would have made the cost of our San Diego trip worth it alone. I cannot express the amount of love and passion that goes into the donuts served at The Donut Bar. You can just tell that every detail was thought of when planning and preparing their menu. The only one we didn’t care for that much was one of their most popular flavors, Creme Brulee. It’s not even that it was bad. It tasted good. We just didn’t care for the caramelized sugar top (I know I know. That’s the point!). It was too hard and took away from a really good donut. I’d be willing to give it a second chance, though.

I can’t imagine anyone entering the front doors of Donut Bar and not walking away impressed with their experience. Donut Bar also have a new Las Vegas location now so that means it’s only a matter of time until they slowly take over the world with their donut goodness.

What Donut Shops should we add to our Donut Bucket List and why? Let us know in the comments below. 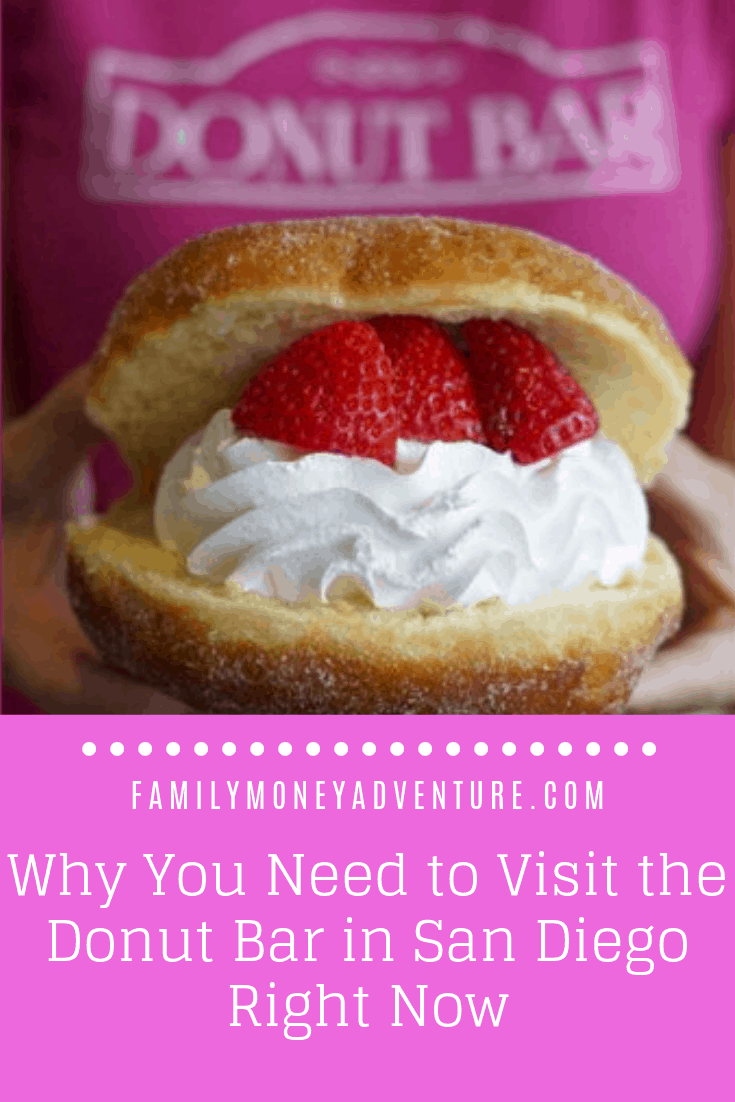